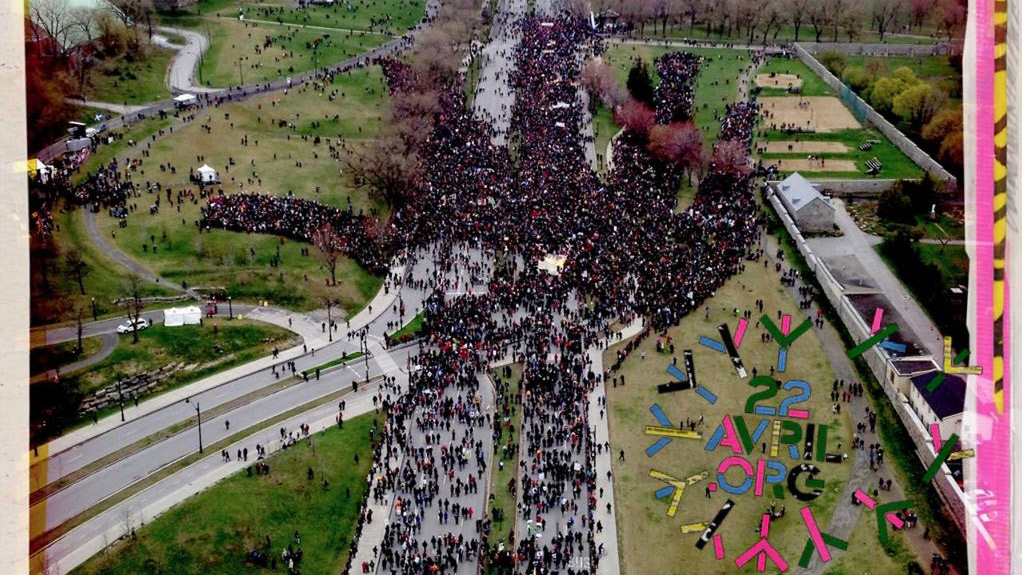 Pierre Labbé is always ready to get involved in causes close to his heart and has taken part in the recording of the soundtrack for the film by NOMAD ’s Jason Rodi  on the events of 22nd April. To this end, he has conducted a session of semi-structured improvisation with members of the Magnitude6 and Movimento groups. The images were taken during the impressive  2012 “Jour de la Terre” (Earth Day) demonstration in which 250,000 Quebeckers took part.

This site uses Akismet to reduce spam. Learn how your comment data is processed.