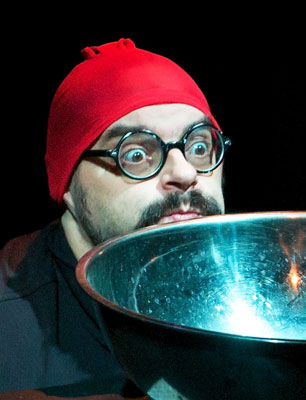 A composer, improviser and multi-instrumentalist, best known as a drummer and acoustic or electric hand-saw player, Nicolas Letarte’s concepts and collaborations have been many since 1981. He has played with numerous artists and groups like Urbain Desbois, Alexandre St-Onge, Maryse Poulin, Sylvie Chenard’s “Les projets de la baleine” (Whale projects), the Orchestre des Éléphants (Elephant Orchestra), the Psynopportuns and Yeszceraz. His musical work is also associated with Jean-Frédéric Messier’s theatre, Ex Machina and Robert Lepage, Pascale Raffie, Harpagon, Le P’tit Loup and the Cochon Souriant; with dance: Geneviève Lechasseur, Guylaine Savoie, Brouhaha Danse and Carbone 14; with cinema: Anne-Marie Tougas, Helen Doyle, Isabelle Dufour, Ève Lamont and Pierre Bastien. His personal research and his original musical language have also led him to accompany several writers, poets and narrators in literary events and festivals. He is at the moment working on a recording project for hand-saw and orchestra.
www.niclet.com Coat stand fables Peter and the louse To Beast or not to beast 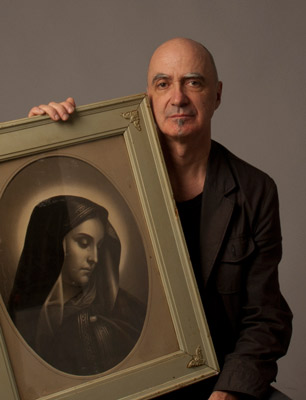 Born in Rigaud, since the 1970’s Michel Faubert’s interests have been directed at tales and legends, as well as traditional music. He was still very young when he started searching for laments and other stories passed on orally by his village’s elders. In doing so, he built up a passion for often tragic atmospheres, mostly tinged with fantastical, religious or magical elements, on the fringes of the celebratory folk trends. On stage and in recordings, the singer and narrator explores the interactions between past and present, for example in collaboration with top performers like André Duchesne, Claude Lamothe or Jérôme Minière. These stage performances led to the founding of the Les Charbonniers de l’enfer collective with whom Michel Faubert has recorded six albums while pursuing his solo career. From 2009, he has also performed with Douze Hommes rapaillés.
www.michelfaubert.com Ad libs and fibs 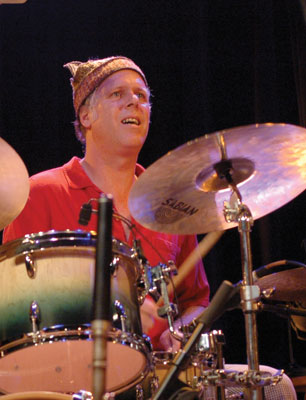 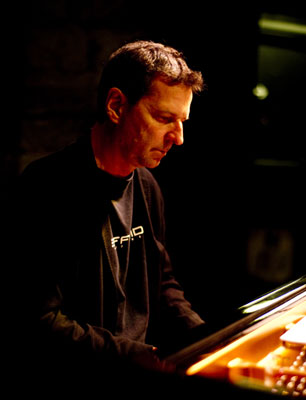 In the course of a 30-year career, François Bourassa has made his mark in several musical fields. As a pianist, composer and group leader, he has long been known to exemplify Canadian contemporary jazz on the international scene. A model musician in the consistency and evolution of his music, he sets challenges not only for himself, but for his fellow musicians and the ever increasing circle of his audiences. Among his adventures in recent years, he has explored more open fields by occasionally performing with saxophonist Jean Derome and drummer Pierre Tangay. In 2005, he was resident for six months in New York and is in increasing demand as a composer. But a constant runs through the diversity of these enterprises: the quartet. In his latest recording, Idiosyncrasie, elements of mystery, fantasy and passion offer original angles and soundscapes together through a profound and telepathic complicity among the members of the group.
www.francoisbourassa.com Vertigos 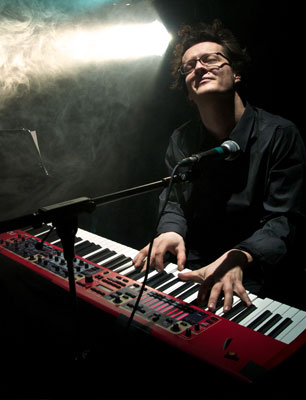 Born in Rimouski, Alexis was already playing the piano at the age of five. At the age of eight, he was twice a Canadian Music Competition national finalist. He went on to study at the Conservatoire de musique in Rimouski under the tuition of Marie-Claude Sirois and Louis Sarobe. He was awarded a diploma in jazz piano and arrangement by the Saint-Laurent Cégep with Lorraine Desmarais. He also studied double-bass there with Pierre Pépin. In 2001, he joined the Sagapool group. In 2003, he was a soloist for the Symphonie des Vents in Montreal, with whom he performed Gershwin’s Rhapsody in Blue. He also played with the Loco Locass, Polémilbazar, and Fanfare Pourpour groups. He featured on albums by Marco Caliari and the singer Lara. He completed a Bachelor’s degree in jazz piano at Montreal University, where he studied with Luc Beaugrand and Pierre Leduc and was awarded the “Couleur Jazz” scholarship of excellence. He teaches jazz piano at the Saint-Laurent Music Academy and is a member of the Montreal musical improvisation league.
www.sagapool.com Coat stand fables 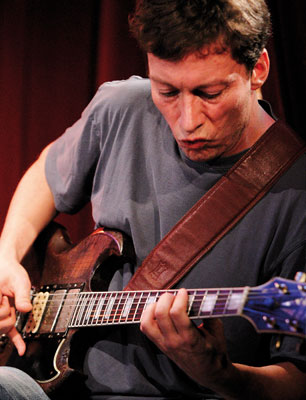